One of the best parts of going to visit my sponsored children is the leap forward it gives in our relationship. That certainly happened in a big way with the visit to Alnasher.

Without going, I would never have learned about the family’s isolation (and even persecution) in the community. The letters I get are not descriptive of their daily life–they are grateful and sweet, and never mention any difficulties. Since Alnasher just turned 8 in March (we share a birthday), I suspect the letters I get are written by his grandmother or one of his older siblings. A third grader in his town is not usually capable of the same things academically as an American third grader.

I loved the Baguio area. Because of the elevation it stays cooler than anywhere else on our entire trip. It’s a recreational area for Manila residents, including a summer home for the president and other attractions such as the Philippine military academy, a large cathedral, and some spectacular views. 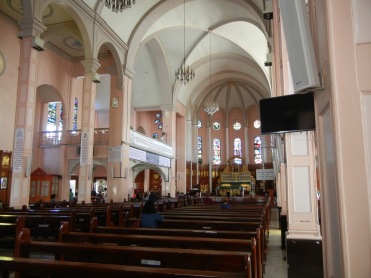 They have a large market, a park designed by American architect Daniel Burnham, and lots of evidence of the historical connection between the Philippines and the US: our hotel was a former US military base. For me, the most encouraging sign was that plenty of local Filipinos can afford to travel and enjoy the beauty and color of their own country. 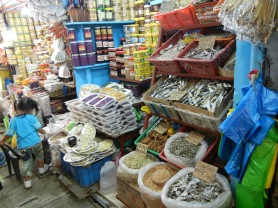 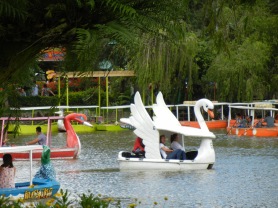 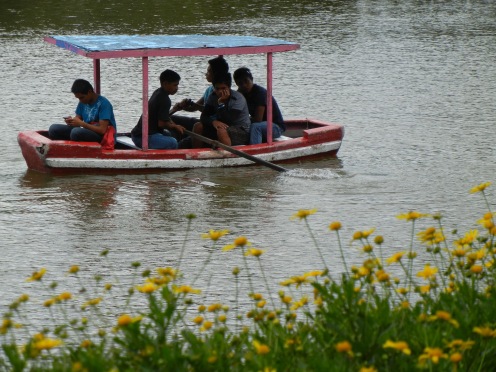 Obviously our trips are a study in contrasts. That’s really a fundamental truth about the developing nations that I’ve visited: old and new, ancient and modern, middle-class and destitute sit right next to each other. No doubt it’s true about the US to some extent (though we have far more safety nets for those in need here), but the size of our country allows more expansion and maybe even the possibility of ignoring those who are without.

With Alnasher’s visit, I felt that the connections we made with the grandmother, the pastor, and the local NGO workers were priceless. The grandmother is probably about my age (which is often the case). She is laying down her life for these children.

One thing to know: here in the US when someone points a camera at you, the right thing to do is smile (often presenting your “good face,” not your natural one). In many other places, the right action is to get serious. I managed to grab this pic of a fairly natural moment.

Another noteworthy event: in this tiny home, we were lavished with snack cakes and soda. They were honored to have us and sacrificed to give us those luxuries.

The group that I partner with in sponsoring Alnasher is not a big international organization like Compassion. This is a grassroots effort called His Hands Support Ministries, which is completely run by volunteers. The sponsorship fees are low and the services they provide more limited than what a big group can do. It really rests more on the sponsor to do what they can or choose to in helping particular children.